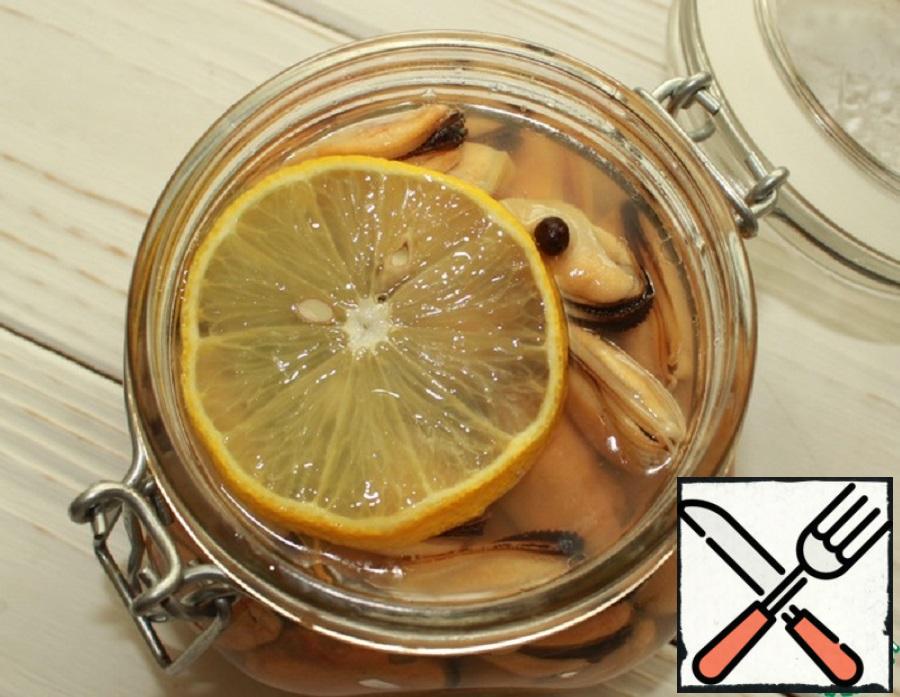 A simple and delicious snack that is easy to prepare at home. There are similar recipes on the site, but my version is somewhat different from the existing ones. In this way, you can marinate not only mussels, but also other cooked and frozen seafood. 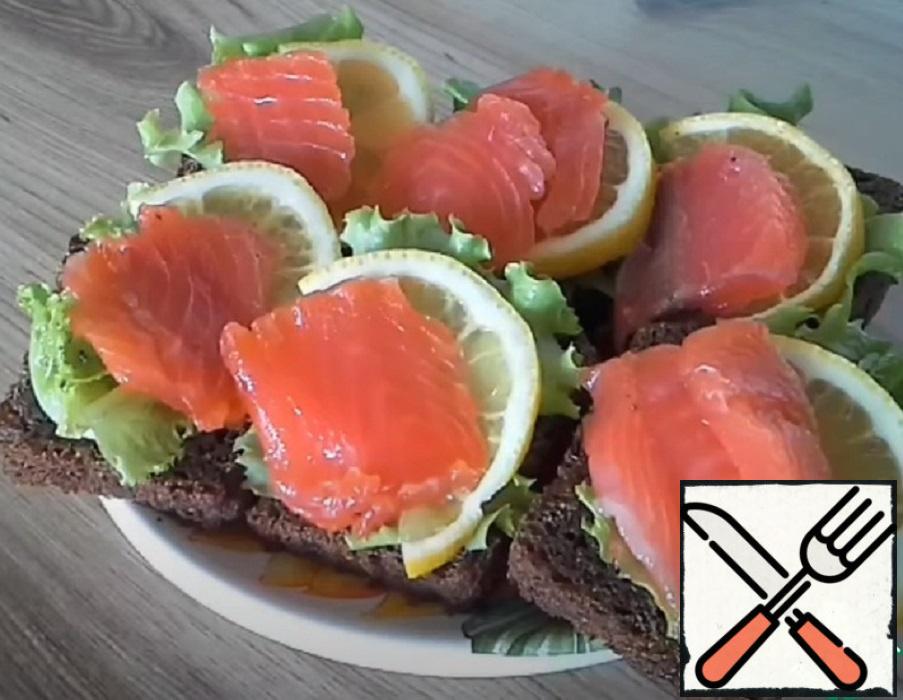 I want to share one of the simple fish appetizer recipes and tell you how I salt red fish at home. This is the recipe I like the most. The finished fish is moderately salty, very tender and delicious. And for salting, you can use any fresh red fish: salmon, pink salmon or salmon. Make an experiment-cook the fish according to this recipe. After that, you will not want to buy in the store! 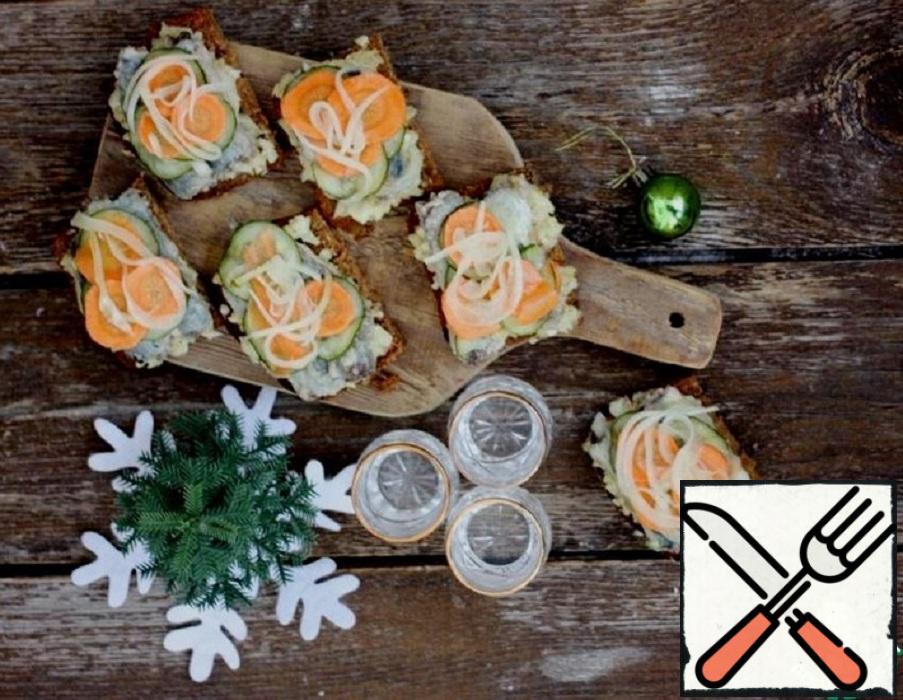 Lampreys in Marinade with Vegetables Recipe

Big luck: we finally got lampreys in the fish shop again! Back in the Soviet era, our family bought them in smoked form, however, only once a year, and then we dressed them with homemade mustard sauce and arranged a gluttonous feast.Now I’ve learned how to make lampreys myself. Only before describing the recipe, I want to say at least a few words about what they are.

Lampreys were formerly considered fish: so they are designated in a number of dictionaries, starting with V. Dahl . That is why V. Pokhlebkin in his culinary encyclopedia calls them so. But zoologists refer lampreys to marine animals of the group of lower vertebrates of the class of round-mouthed. They are found in the temperate waters of the Northern and Southern hemispheres.It is curious that the word “lamprey” came to the Russian language, having made a kind of journey through Europe, which began in Germany. There it originally sounded like Neunauge, that is, “nine-eyed” – for the presence of seven eye-like gill openings, along with the eye itself and the unpaired organ of smell.These inhabitants of the waters are passable (live in the sea, and spawn in fresh water) and residential lake or river (stream). The first reach a meter long, the second-much smaller. The apotheosis of the life of lampreys is spawning: after laying eggs, they die. The hatched sandworm larvae reach sexual maturity in 2-3 years.The snake-like appearance of lampreys may confuse some people, but the delicacy of the eel is the same in appearance. Due to the deterioration of the ecological situation, a number of species from the forty existing ones are listed in the Red List of the International Union for Conservation of Nature (IUCN). However, lampreys are still subject to fishing.

Despite the fact that lampreys have no bones, no scales, no entrails, except for the small short intestine, preparing them for cooking is a troublesome task. And all because their skin is enveloped in a large amount of mucus, which is also poisonous. Tips for removing this unpleasant substance include different procedures: soaking in several waters of salt water, rubbing with salt. Just wash it out is unlikely to work, I, in any case, does not work out.I got used to acting in a complex way: first-washing, then rubbing with salt and soaking in cold water for 15-20 minutes, again washing, again-rubbing with salt, placing in a plastic bag and keeping in the refrigerator for about an hour. And after that, of course, another wash in running water.You can open the abdomen and get a mini-intestine, you can squeeze out the blood for kosher by making an incision in the anal area. These actions are at the discretion of the cook.

Lampreys are fried, baked, smoked and marinated. I will not tell you about how to smoke, because I have never personally tried it. But I do not advise cooking, because if any particles of mucus remain, the toxic substances will pass into the bodies of the nine-eyes. True, I read that Portuguese chefs manage to cook boiled lampreys, but they do not give away the secret. However, to be honest, I am not very interested in it.When frying lampreys, they are breaded or not breaded, they are kept in a hot frying pan for about 4 minutes on each side. At the same time, fat is melted, which makes up a little more than a third of the entire mass and-attention! – it is a very perishable product. This time is quite enough to protect the future dish from poisons. I prefer to lightly pan, sprinkle with lemon and bake in the oven for half an hour. The most patient workers say that before hot processing, they marinate prepared carcasses in red wine for a whole day – I have never tried it, so I mention it “in purely theoretical terms”. Also see my recipe below!

Although the “nine-eyes” are not fish, but when serving the table, it is most convenient to place them in a fish plate-a herring bowl or a sprat bowl with sides. You can mix part of the marinade with mustard (approximately in this proportion: 2 tablespoons of marinade – 1 tablespoon of mustard) and pour this mixture over the dish. You can cover the edges with lemon slices and / or olives. I have the same serve on sandwiches. It’s very tasty! Try to cook thoroughly!

This snack is a real salvation for situations when you need a quick snack. It is prepared very quickly and simply, the main thing is that there is a jar of tuna in its own juice at home. 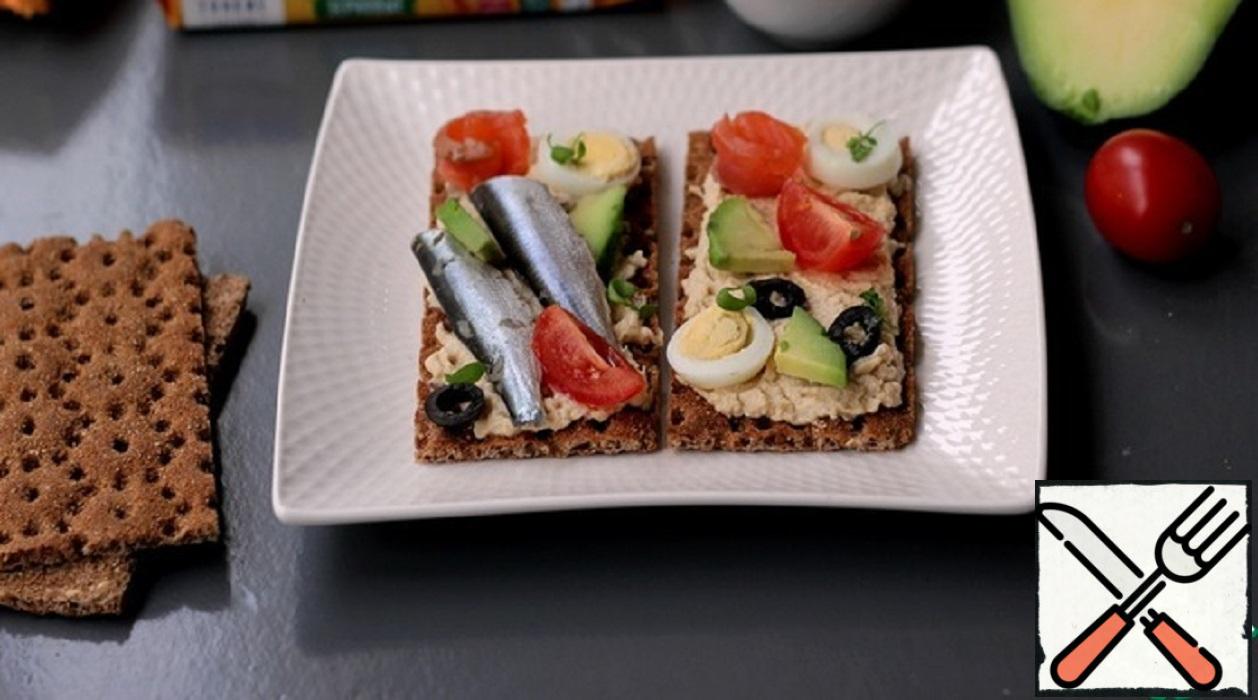 This tender fish pate is well spread on Borodino bread or served with bread rolls, they can be stuffed with profiteroles. This is a great snack for a buffet table, which is prepared quickly, simply, and delicious! 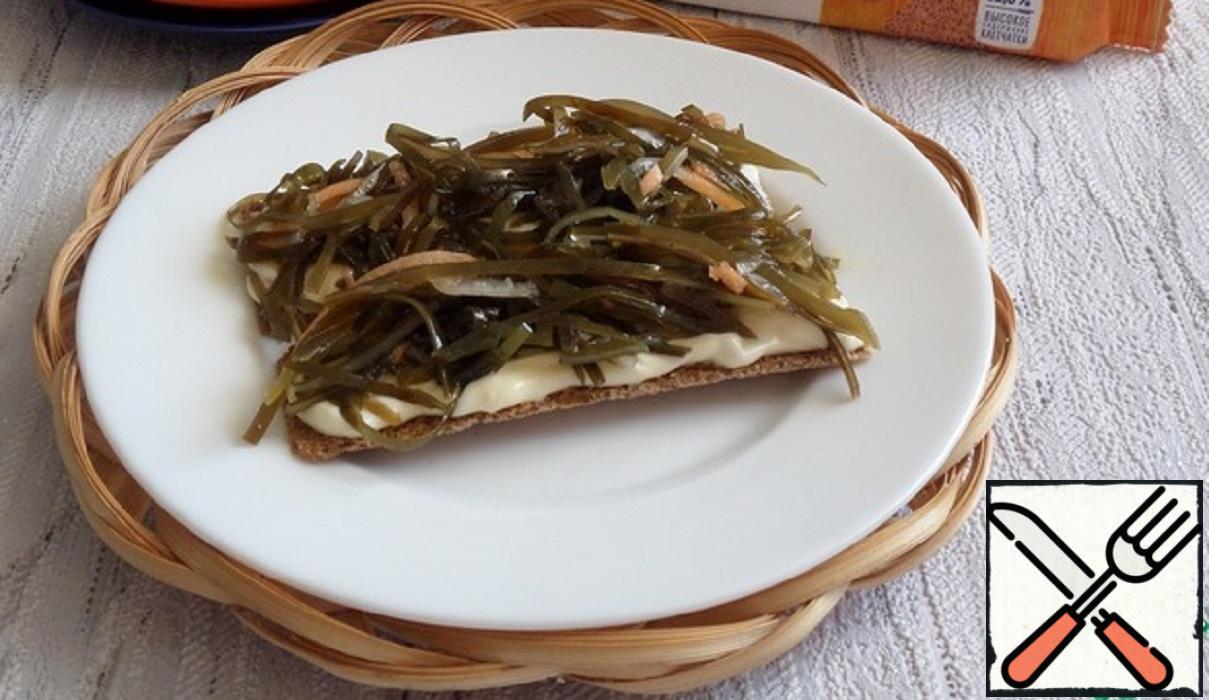 Bread with Cheese and Seaweed Recipe 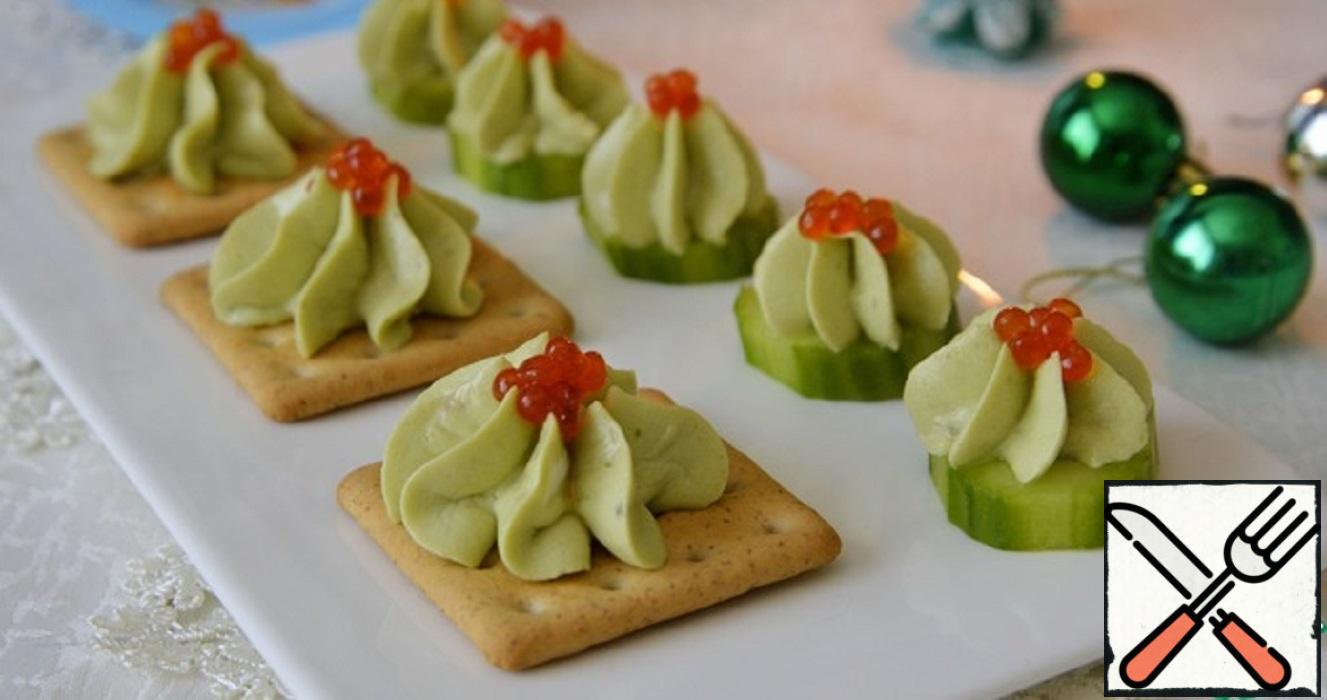 The New year is very close, and perhaps the options for this snack will be useful to someone. It is easy to do, it will decorate a festive and buffet table.

Delicious unusual new year’s snack with an interesting filling, just please with its appearance, unusual presentation, original taste. Very easy to do and fast. It will be interesting to everyone without exception, as it will outshine the herring under the fur coat with its unusual composition and simplicity. There is also a minimum amount of dressing, just a couple of spoons of mayonnaise. I even wanted to name the appetizer rejuvenating apples. 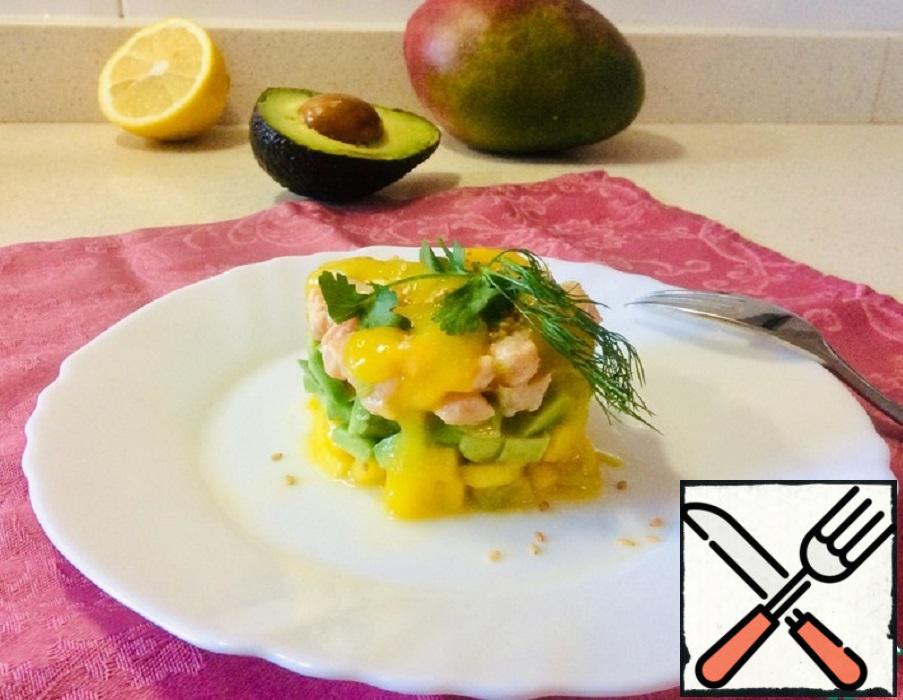 Tartarus “The Rainbow” of Salmon Recipe

A version of the salmon appetizer, which is not a shame to serve on the holiday table. Bright colors and tropical notes of mango and avocado guarantee a rosy mood for guests and loved ones. 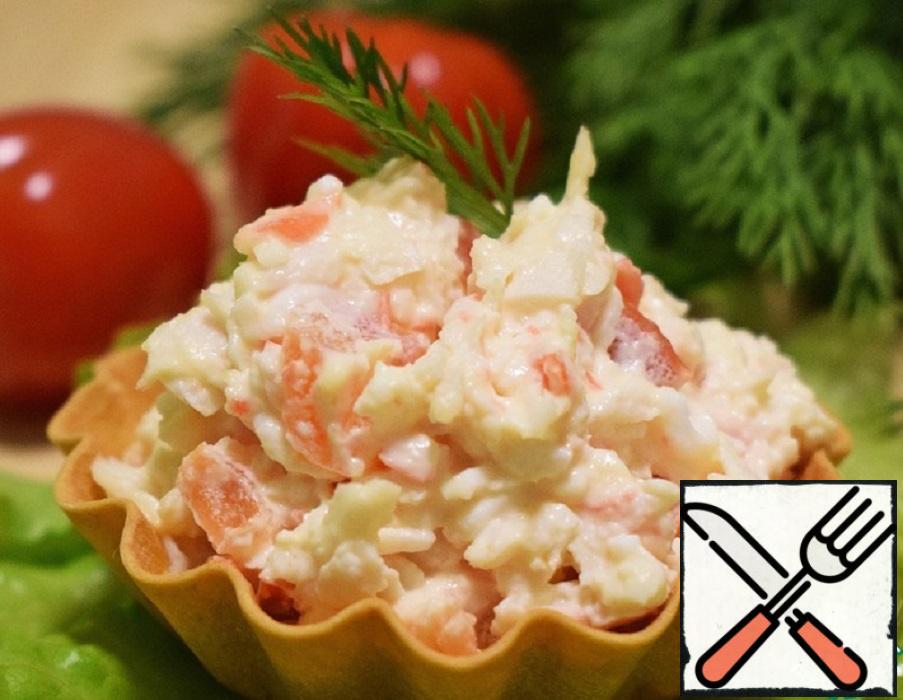 It turns out that tomatoes and crab sticks are a well – known combination, and I tried it just recently. I liked it! I want to show you an appetizer based on this salad. It is prepared very simply and quickly, you can serve it in tartlets, snack eclairs or use it for sandwiches.