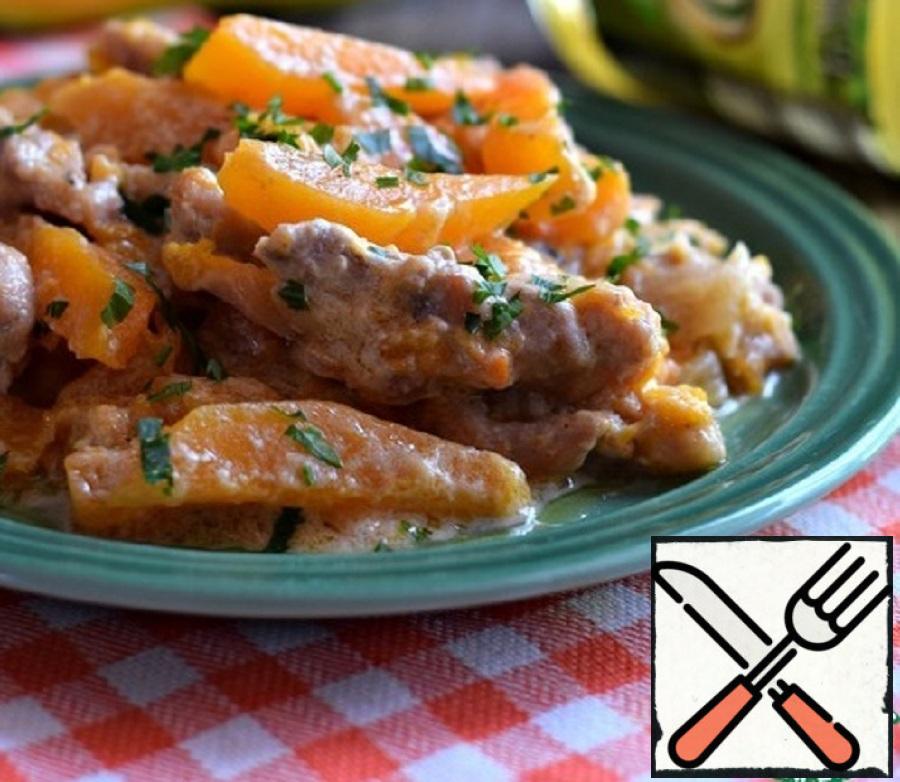 Delicious and satisfying dish. Chicken with pumpkin and onion in sour cream sauce. It is prepared simply and quickly from the most affordable products. Try it! 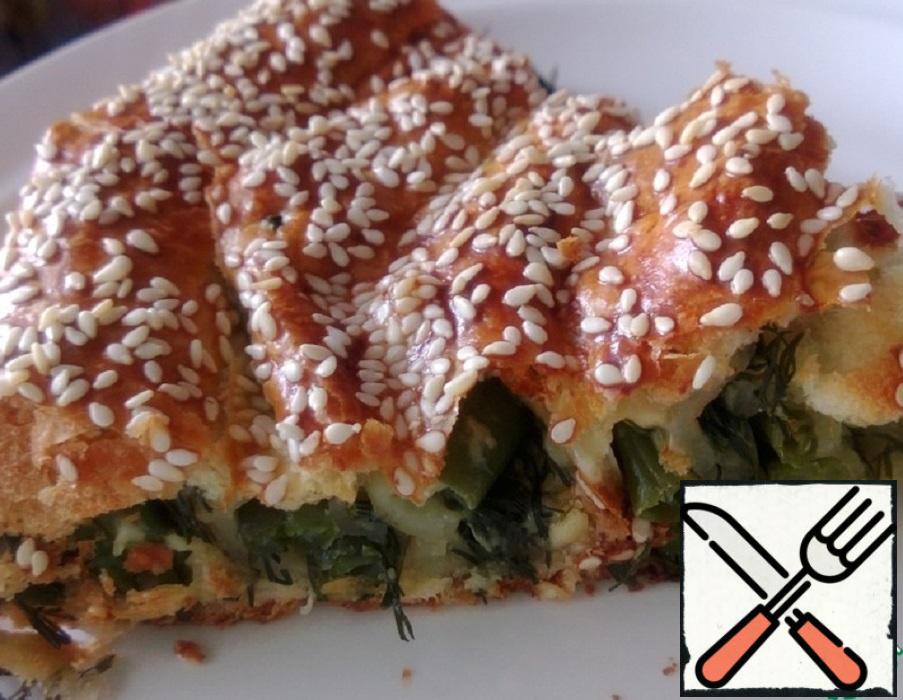 Pie “snail” from puff pastry. I decided not to torment myself with cooking the dough, but to buy it ready-made in the store. The pie turns out very tasty, it is prepared quickly. 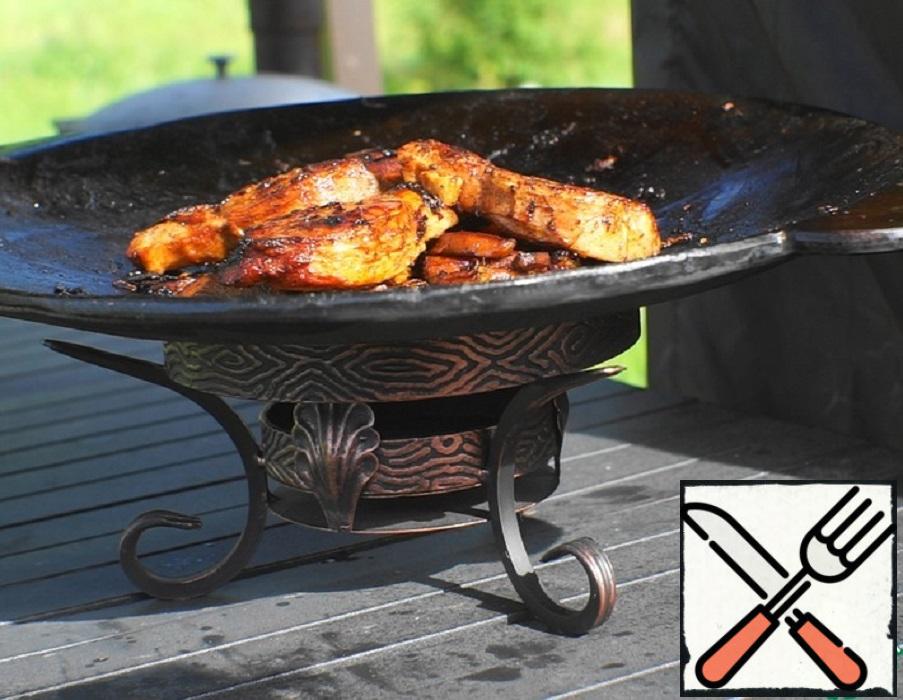 Briefly, the basic principles of cooking this dish can be considered: a lot of fat, a lot of onions, a lot of pepper. Using lard instead of vegetable oil, that is, melted pork fat, allows you to get a crispy crust without over-drying the loin. Onions and fried meat are a classic combination. 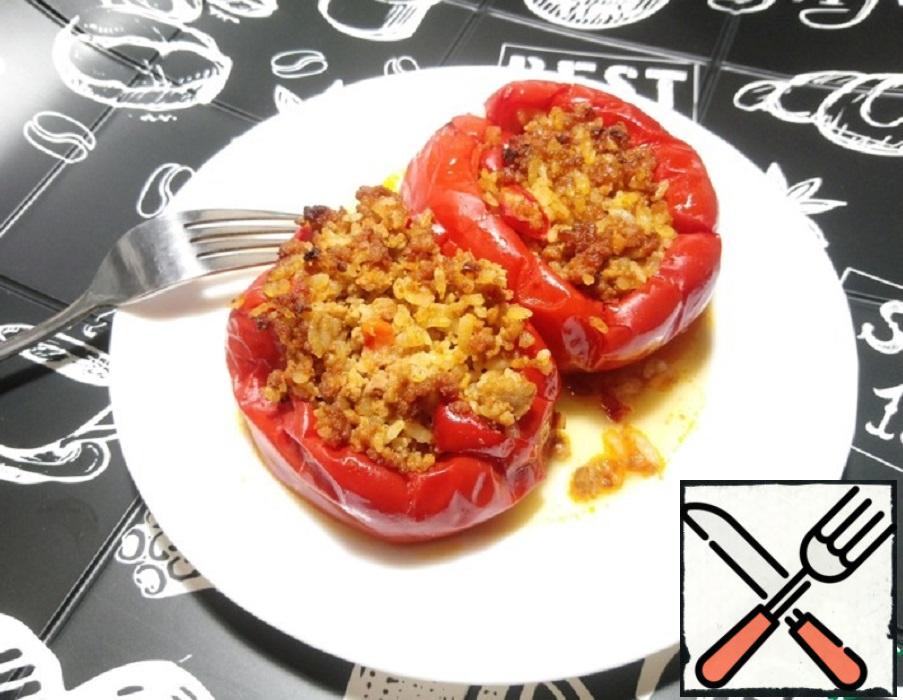 I am a big fan of stuffed peppers, I tried a lot of different recipes from the Internet, but they all lacked depth of taste and juiciness (not to say that they are sour, salty or sweet, rather rich), so I spent years trying to verify my own recipe to the smallest detail. No one who has tasted these peppers has remained indifferent. Try it and you and, I assure you, you will never cook peppers the same way again. In addition, there is nothing harmful or fried in these peppers. 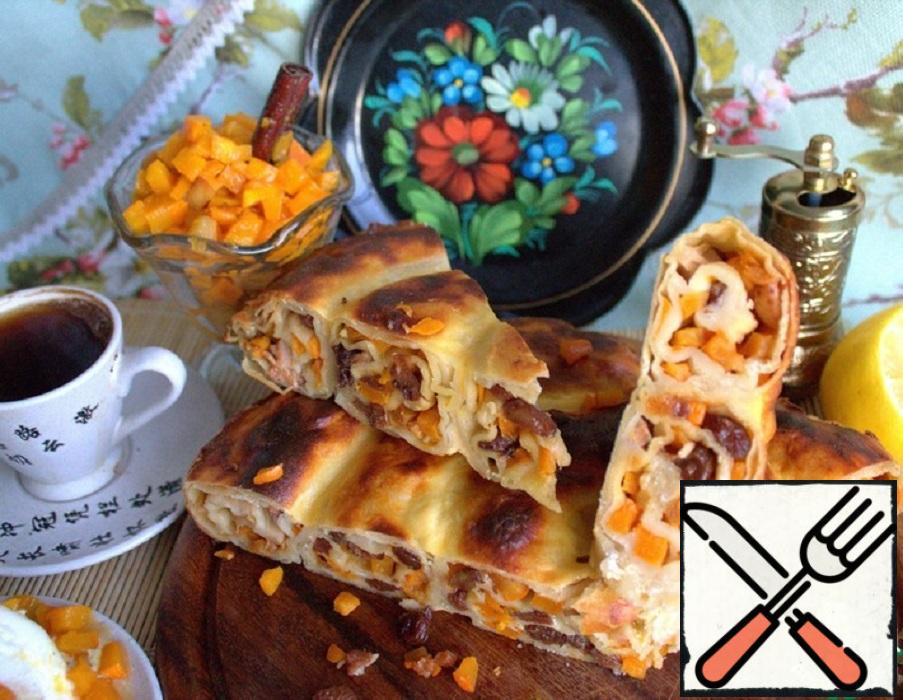 Classic pie with seasonal pumpkin, but you can cook with cottage cheese and potato filling. This dough is also called exhaust, for rolling you need a large surface. 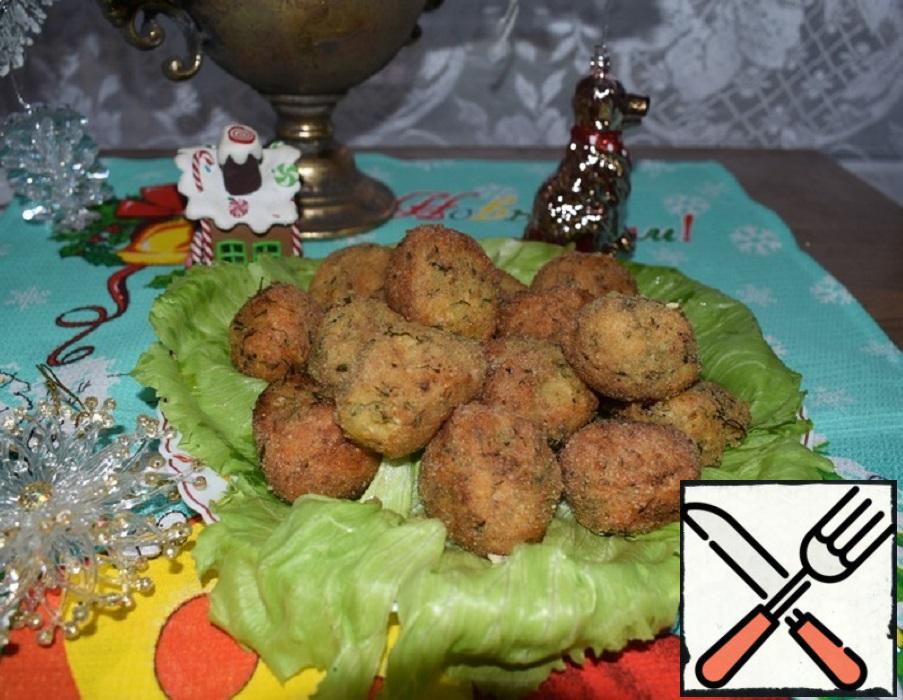 Before any hostess is always a question of choosing a menu for the holiday table. It’s especially difficult for me to choose a side dish. I want something original and delicious. I suggest you prepare these meatballs in crispy breading to garnish with fried poultry and rabbit.

A hearty snack pie with a filling of smoked chicken breast, carrots, green onions and pickles! 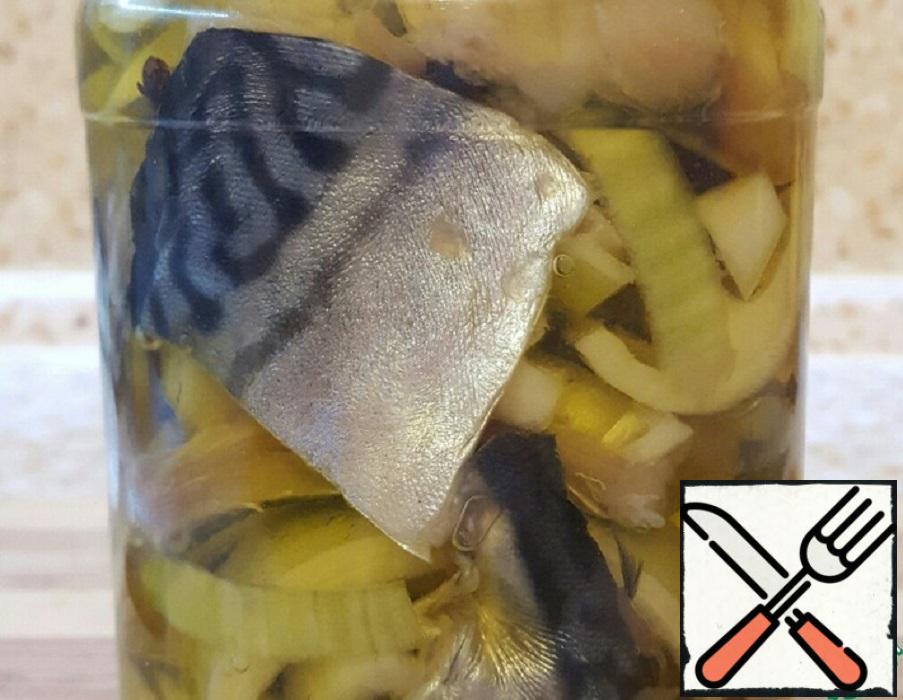 Lovely recipe from my mom. Delicious, tender, spicy, fatty mackerel. And it may be so for several weeks. Not that she’d lasted more than a week. Too tasty, and for onions from banks at all can be a fight. 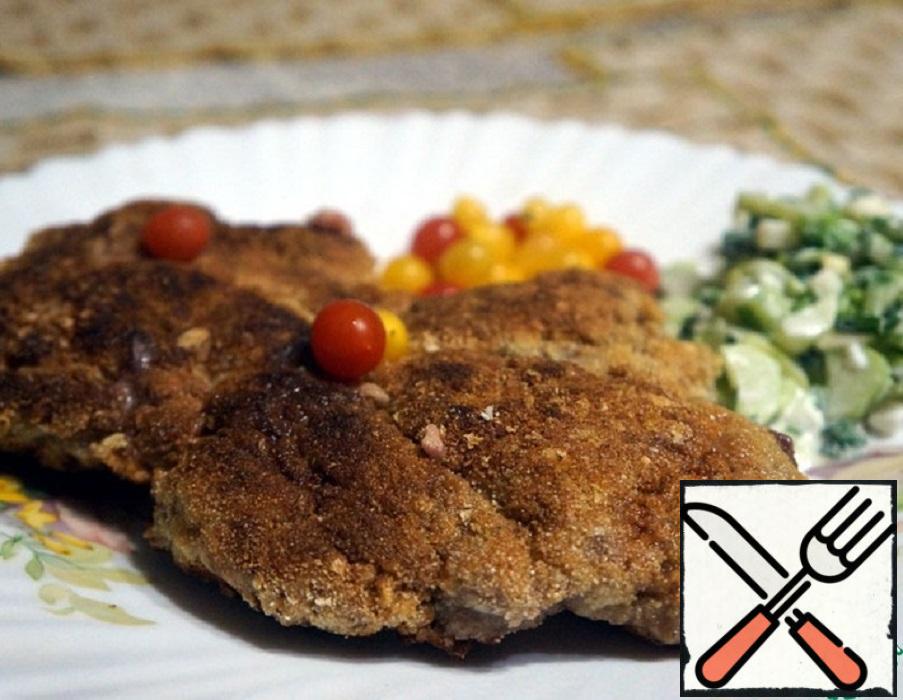 I would call it Vienna schnitzel, but the real Austrian schnitzel is made from veal. So this dish is rather an improvisation on the theme of Austrian schnitzel. Although in Germany in one of the restaurants on the menu was marked “schnitzel Viennese pork”, it was served to us. Apparently, not only in the home, but also in the restaurant kitchen there are noticeable deviations from the canons. 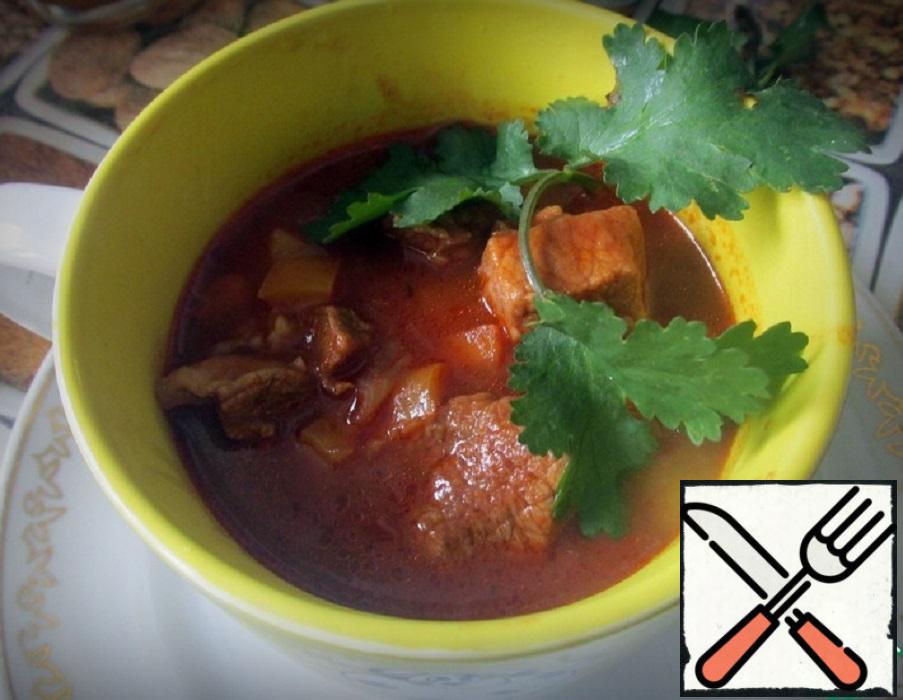 Here again it is time to warm thick soups. From the name it is clear that the soup originated in Hungary, with its ubiquitous paprika, and then smoothly “flowed” to neighboring countries and became a famous Czech soup, which is sometimes served in a bread “plate”. Soup with a very bright taste and wonderful aroma of meat, paprika, tomatoes and garlic, thick and hearty, can replace a whole lunch, and you can dine with this soup. Recommend!