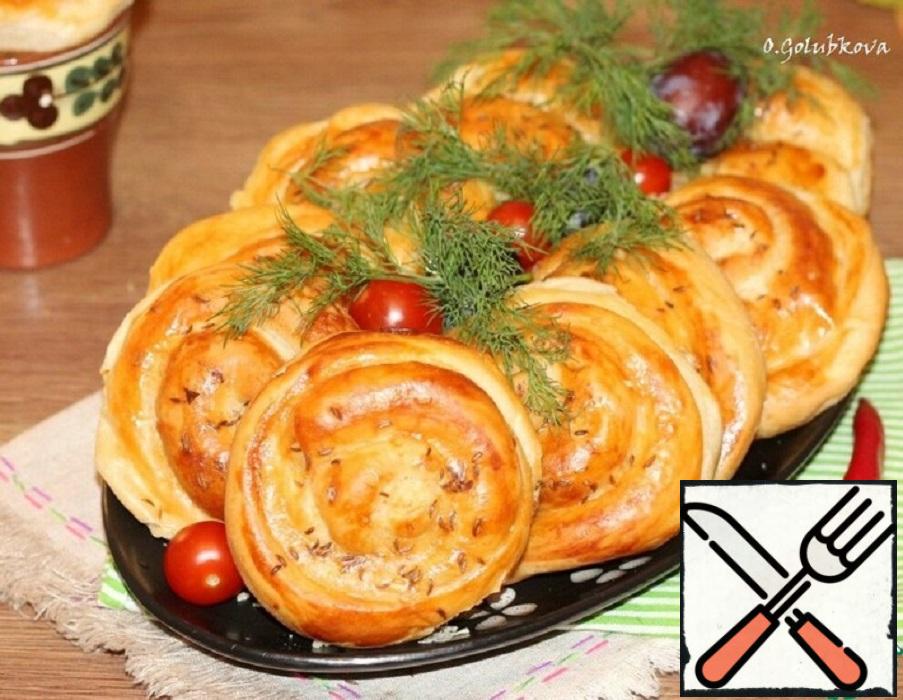 Buns with Turkey and Zucchini Recipe

Rosy, soft and fluffy buns with juicy and spicy filling of Turkey and zucchini. This delicious homemade pastry will fill the atmosphere of any tea party with warmth and comfort. They are convenient to take with you to work, on long trips or on a picnic. Cooking buns is a pleasure! 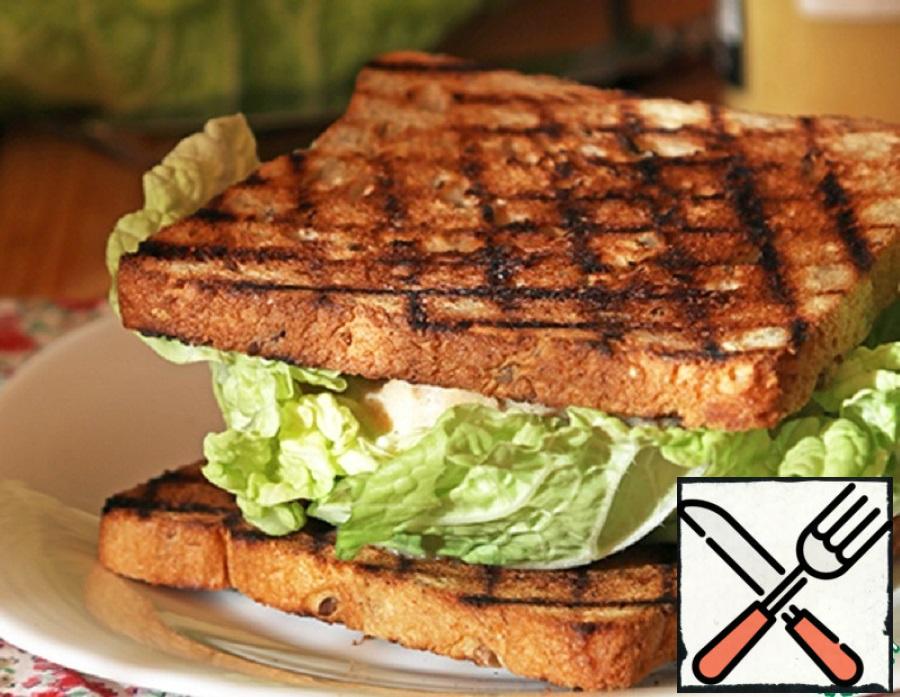 Very tasty, healthy and nutritious sandwich. A great option for a quick snack, perfect for a large company and picnic. 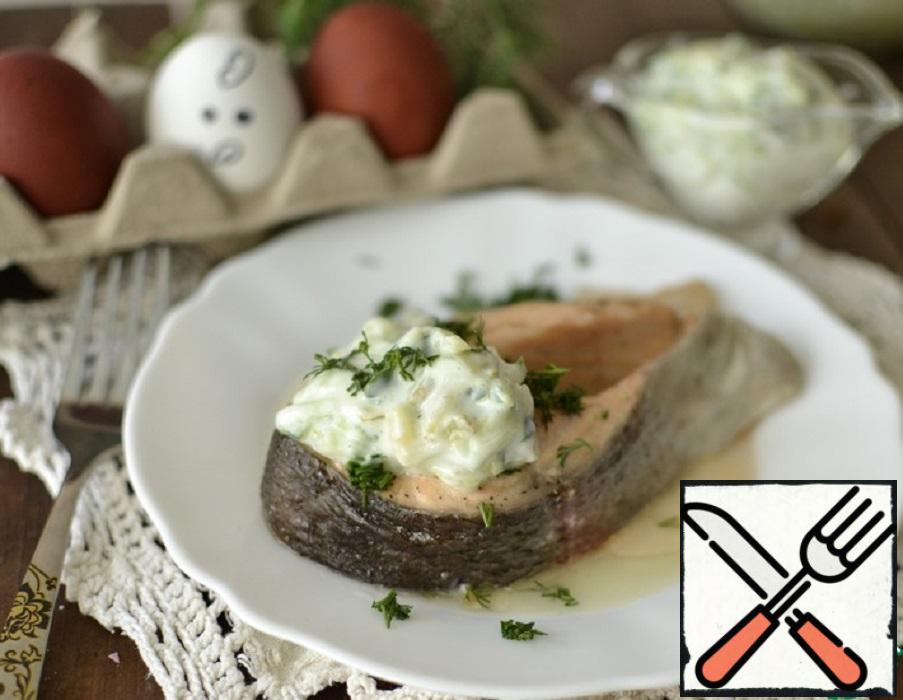 A win-win option for a festive dinner is red fish. A great addition to fish will be a sauce made from homemade yogurt – only natural products, no preservatives and stabilizers. 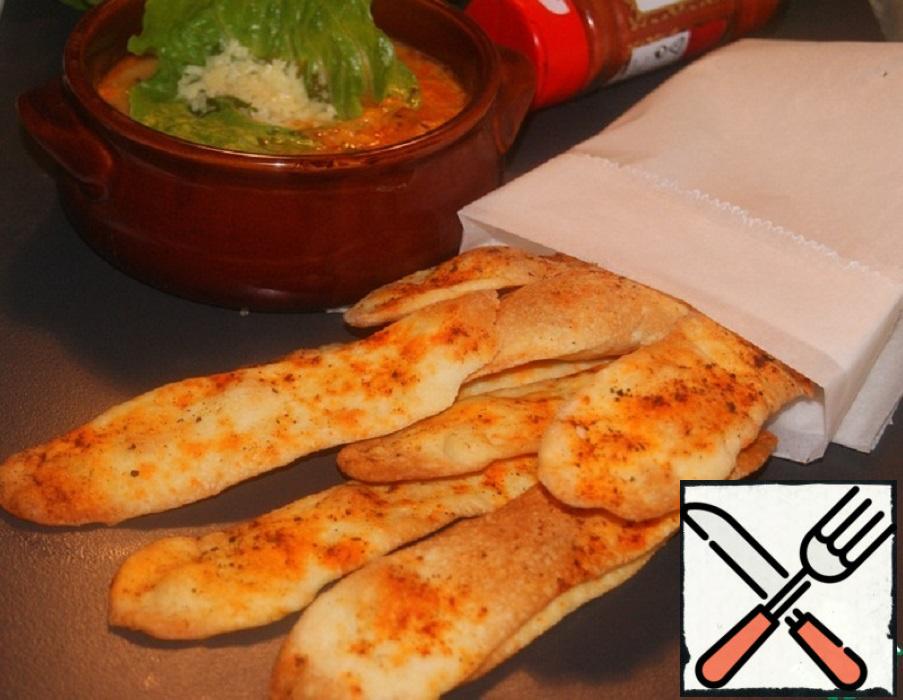 Quick and very simple recipe! Mother-in-law’s tongues, or tongues of bread, with a quick starter – a kind of bread chips that don’t look pretty, but their taste is something. I think children and adults alike will like them! They can sleep with a set of your favorite herbs and spices, just salt, and you can bake without anything! Chips are perfect for serving with sauces, soups, salads, beer, and you can crunch them just like that. Today they will be a pair of Tuscan soup with minced meat. 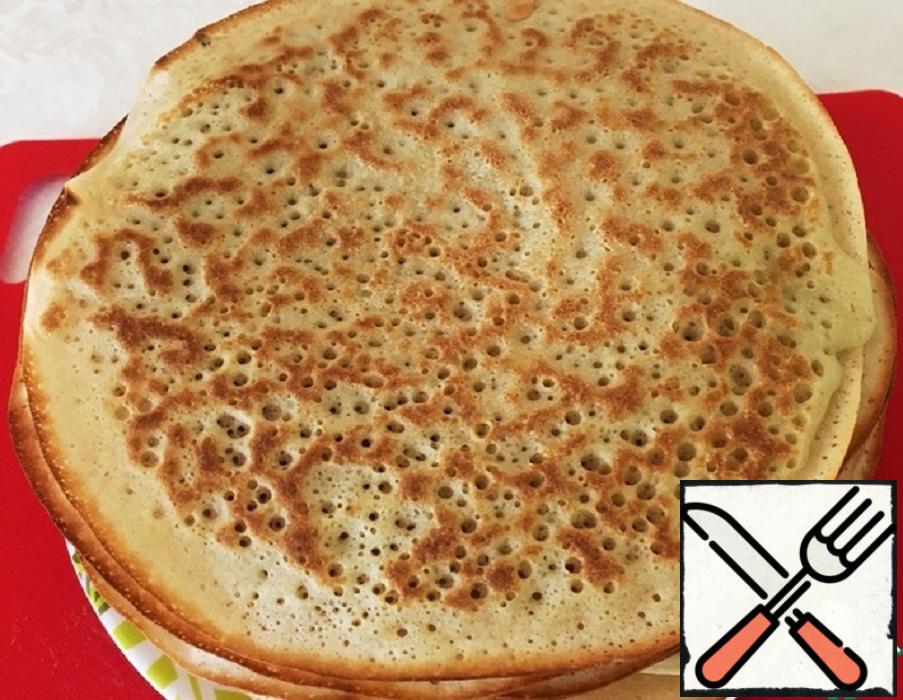 Offer a recipe for great pancakes sourdough. Prepare very simply, from familiar products. While baking bread on the leaven, it is necessary to refresh the leaven. So for the rest of the leaven of the offer apply for the benefit. You will be able to make waffles out of this test. Of course, if there is a waffle iron in the house. Pancakes are delicious, soft and very beautiful. Fry in a bare pan, without adding oil. 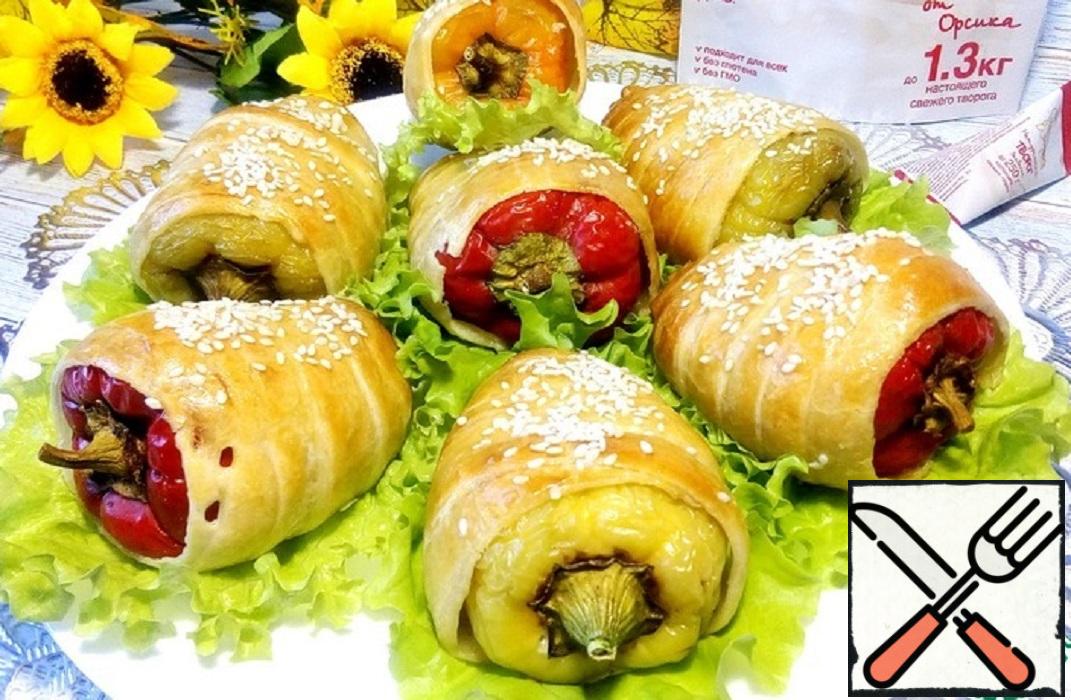 Stuffed Peppers in the Dough Recipe

I offer a very tasty, juicy festive snack that will conquer you from the first bite. Treat yourself, your family and friends of this original, extremely beautiful snack with spicy cottage cheese filling with herbs. Cottage cheese is better to take home, well squeezed from the serum. This will help us leaven for cottage cheese and a miracle thermos yogurt maker, so we have no problem to prepare delicious, very tender, not sour cheese, which we need in this recipe. 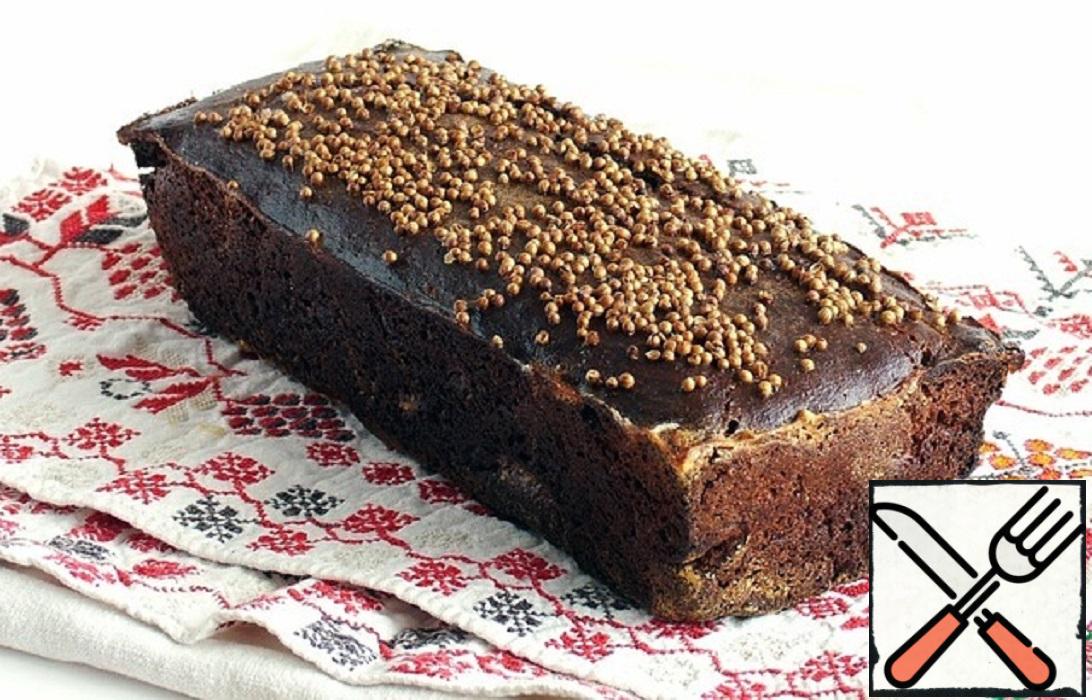 Few people think about the benefits of Borodino bread for the body. In fact, this is a nutritious product that should be included in the diet of every person in the absence of contraindications, of course.

Borodino bread saturates the body with useful substances that are valuable for weight loss and improving the body. What is combined with Borodino bread in order to get the most out of Borodino bread, you need to learn how to use it in combination with suitable products. These include: milk and fermented milk drinks. Herring. Sprats. Borscht. Fresh cucumbers and tomatoes. Butter. In this combination, the taste of both bread and an additional component is well revealed. How to use a bakery product there are several ways to use Borodino bread. Important! It is best to use such a product for breakfast to charge the body with the necessary energy for the whole day. In addition, it gives a feeling of satiety for a long time. Borodino bread is good both in fresh form and in the form of breadcrumbs. The latter option is considered more useful for the body, in particular for digestion. Borodino bread: benefits and harms, caloric content, composition, recipe for crackers based on Borodino bread with spices help to cope with nausea and motion sickness. Also, in combination with strong tea, they help to get rid of diarrhea.

for Borodino bread in a bread maker the recipe for Borodino bread, which is prepared in a bread maker, is of interest. This should be remembered by every person who wants to regularly pamper themselves and other household members with a delicious and healthy product. To make Borodino bread, you will need the following ingredients: malt (2 tablespoons). Boiling water (240 ml). Cumin (2 tablespoons). Wheat and rye flour (210 g each). Honey 2 tbsp. L.). Dry yeast (1.5 tsp). Salt (1.5 tsp). Ground coriander (1 tablespoon). Sunflower oil(2 tbsp. L.). Wine vinegar (2 tablespoons). First pour the malt into a clean bowl, then pour in the water brought to a boil. The components must be allowed time to cool down. After they are poured into the bread maker. Honey, vegetable oil and vinegar are also added here. Sift the flour and add the cumin. They are also placed in a container for baking bread. Now it’s up to the other ingredients. It is recommended to bake Borodino bread in the”French baking”mode. The color of the crust will be average, and the weight will reach 750 g. How to choose healthy Borodino bread most often baked not bakery, but buy it in the store. To buy a really useful product, you need to take a responsible approach to the issue of its choice. When buying Borodino bread, you need to pay attention to the following points: bread must have a specific taste. The crust should be crisp. Good bread quickly takes on its original shape when pressed. The crumb of the product should be elastic, have a brown tint. It is necessary to buy only fresh bread that has a known composition and production time. Borodino bread: benefits and harms, caloric content, composition, recipe Borodino bread is a traditional Russian product, the recipe of which was developed in 1933 in the Moscow bakery trust. By this time, this name of bread is not found anywhere, although according to one version, Borodino bread was first baked in the Spaso-Borodino monastery, which was founded by General Tuchkov’s widow Margarita at the site of the death of her beloved husband. Borodino bread is available in the form of a rectangular loaf of different weights, has the color of dark chocolate, a glossy top crust sprinkled with coriander seeds. The crumb of Borodino bread is porous, soft and elastic, and when pressed, it quickly restores its original shape. The spicy, slightly sweet taste and aroma of Borodino bread is familiar from childhood, unique and original. Real Borodino bread is baked with custard according to Gost 2077-84. caloric content of Borodino bread the caloric content of Borodino bread is 208 kcal per 100 g of product. Net weight: 0.39 kg, 0.7 kg.Composition and useful properties of Borodino bread in the product: Rye wallpaper flour, wheat flour of the 2nd grade, water, salt, sugar, molasses, rye malt, yeast, coriander. The product contains fiber to normalize digestive processes, B vitamins, especially B1 and B2, which have a beneficial effect on the condition of the skin, hair and nervous system. Minerals, including calcium, iron, phosphorus and sodium, are necessary for the body for the normal functioning of all systems (calorizer). Borodino bread contains complex carbohydrates that saturate and provide energy for a long time. The recommended daily intake of Borodino bread is 30 grams.
Harm of Borodino bread the product has a fairly high glycemic index (71), so it should be used with caution in diabetes mellitus. Borodino bread contains gluten, which is contraindicated in celiac disease. In small quantities, it is recommended to use Borodino bread for anyone who has stomach problems, because of the spices that make up the bread. Selection and storage of Borodino bread when choosing Borodino bread, preference should be given to a product produced by proven manufacturers according to Gost, in order to avoid negative consequences. Loaves should be elastic, with a glossy crust, without foreign odors and signs of mold. Store Borodino bread in a linen napkin in a bread box for no more than 3 days. Bread can be frozen, it will not lose its taste and useful properties after defrosting. Borodino bread in cooking, Borodino bread is used to make cold and hot sandwiches, crackers, which are good as a snack for beer or a base for making kvass. Borodino bread croutons are suitable for salads and appetizers. Borodino bread can be prepared at home by yourself. Here is one of the recipes. Ingredients: Borodino bread: benefits and harms, caloric content, composition, recipe brew malt, fill it with 150 ml.steep boiling water and mix. Leave to cool. Meanwhile, mix 250 ml of water with honey. Mix both types of flour with yeast, salt and add diluted malt and honey. add the butter and knead a soft, slightly sticky dough on your hands. Put the dough in a greased bowl, cover with plastic wrap and leave for an hour and a half in a warm place, until it increases by 2 times. Knead the dough, put it in a baking dish lined with parchment, lightly brush with water and sprinkle with coriander, lightly pressing it into the dough. Leave on for another 30-40 minutes, covered with a towel. The dough came up again, you can bake. Bake homemade Borodino bread in a preheated 180 degree oven for 40 minutes. the cooking time will depend on your oven. After baking, cool the bread. 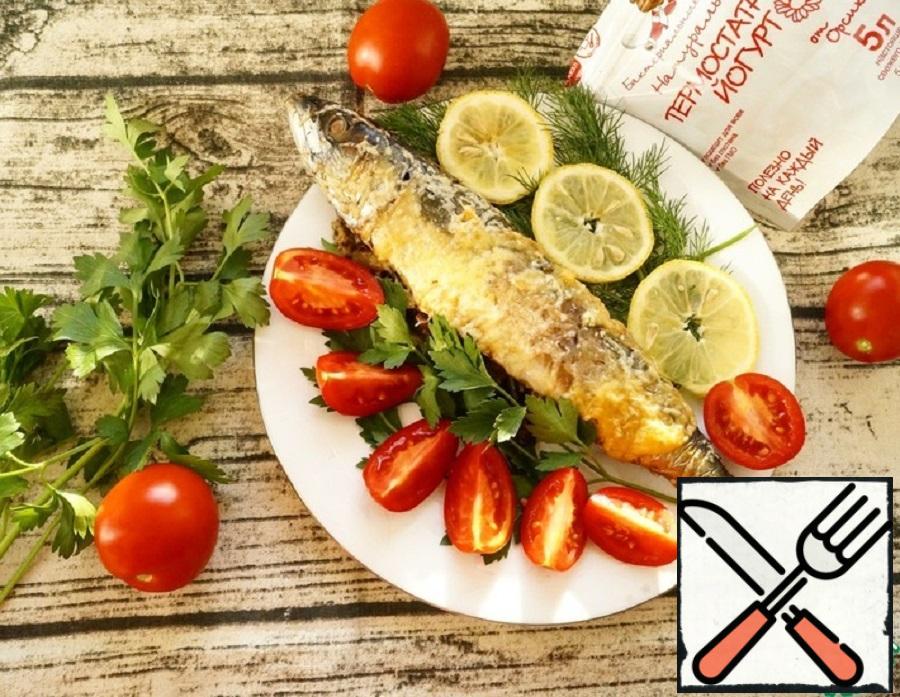 As always, looking for diversity and found a few simple and delicious recipes for fish fillet. This recipe – a real wand lifesaver, if you need to quickly and tasty to feed the family. Fish can take any, on your taste. 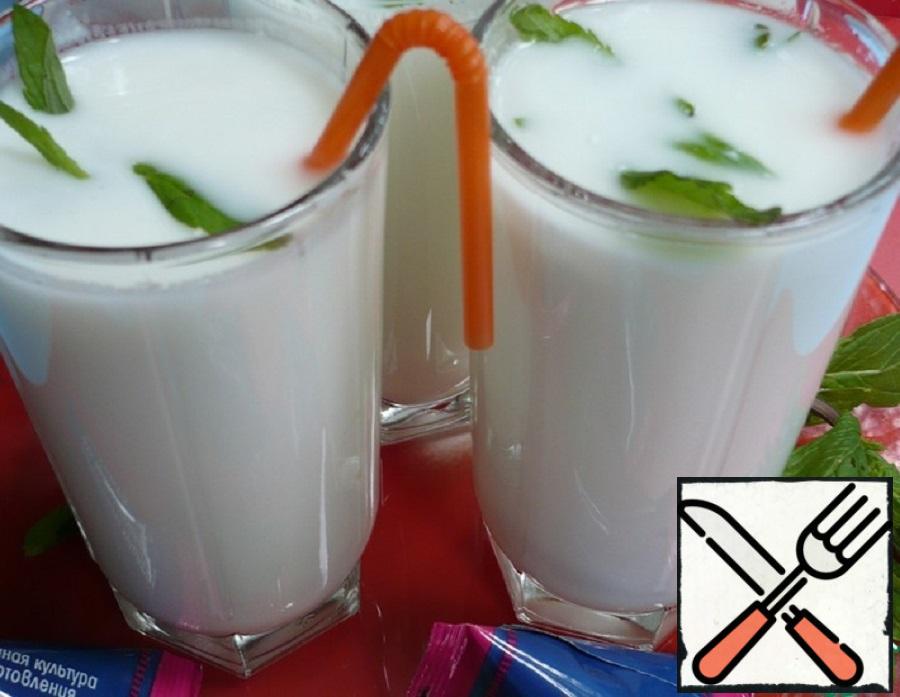 Traditional ayran-a drink made from a mixture of fermented milk product with water. I want to offer you a recipe of ayran from homemade yogurt. In the modern world, homemade yogurt fills a person with cheerfulness and gives him an incredible burst of energy. You will forget about a bad dream, because homemade yogurt is enriched with trace elements that calm the nervous system.