Francesinha is a Portuguese dish. The main place of its habitat – the region of the Port. Conventionally, francesinha could be called a large sandwich consisting of various types of sausages and meat, covered with cheese and richly poured with a unique sauce. But it’s not that simple. The Portuguese themselves consider their francesina not a sandwich, but a full-fledged, satisfying second course. At the same time, it is quite difficult to meet it somewhere in the South or in Lisbon. But in the Port – on the contrary – on every corner, in every restaurant, and even in the narrow franchising. The dish itself is quite young. It was invented in 1953 by a chef who returned from France and tried to adapt the CROC Monsieur that he liked to local tastes. Francesinha then translates as”little Frenchwoman”. But francesinha became widely known a little later. At the moment, the restaurant where the first francesinha was made still exists and feels great. But at the same time, there are many other establishments, each of which has its own unique sauce recipe. The sauce itself is the most important thing in this dish. Bread, meat-all in plain sight. But what the restaurant made its sauce from is a secret. Therefore, from the restaurant to the tastes francesinha can differ significantly. And many residents often have their favorite places with the only correct francesinha.
On a recent trip to Portugal, Porto stole my heart. I spent my nights traversing its narrow alleys, tall bridges, and challenging staircases. It’s a beautiful city with approachable, down-to-earth culinary roots. Seemingly every restaurant in the city does a version of Francesinha, making it the city’s loosely official dish. You could best describe Francesinha as a Portuguese croque madame. It’s two pieces of thick bread filled with interchangeable meats, pushed on a panini press, completely draped with cheese, and then topped with a thin sauce made from beer and tomatoes.

Aside from those foundations, Francesinha is in a state of perpetual modification. As far as I can tell, that’s the essence of the dish. Of all the restaurants in Porto that serve it, you’ll hardly find it made the same way twice. There are thousands of different iterations: The meats are debatable, the sauce is constantly tweaked, the sides are different, etc. The place I first ate Francesinha was O Afonso, the restaurant Anthony Bourdain visited on Parts Unknown.
The Francesinha is a simple, European, working-class sandwich. I hate superlatives, but this is one of the best things I’ve cooked this year. The recipe I’ve included is an adaptation of what I ate at O Afonso. A word to the wise: Don’t bother chasing authenticity. Authentic ingredients are often elusive. Plus, we’re thousands of miles away from Portugal. We don’t live in Porto. You and me? We live in whichever bridge city or suburb or town in America. Letting the dish reflect that is true to its spirit.

The Francesinha I had at O Afonso, the one that came recommended, was pork only. You’ll find versions that include steak, and I tried making it that way, but I’m not super on board. If you do add steak, it has to be pounded pretty thin or else it’ll be overly chewy. Plus, the addition of beef suddenly feels like the dish is a gimmick, a way to stack meats like some sort of Man Vs. Food challenge. Keep it simple: I used Italian sausage, a link of linguica, and mortadella. That’s more than enough.

A lot of recipes online say to use a combination of beer, white wine, port wine, and whiskey, but I refuse to believe that using all of that really deepens the flavor in any way. Port wine would be preferred, but we’re not close to the source, so I’m using beer. More specifically, I’m using Bud Light Clamato. My plan here was to enhance the tomato flavors. Don’t be scared of the clam part— it’s not overbearing, and really most of what you’re getting is probably MSG. Not the worst thing. 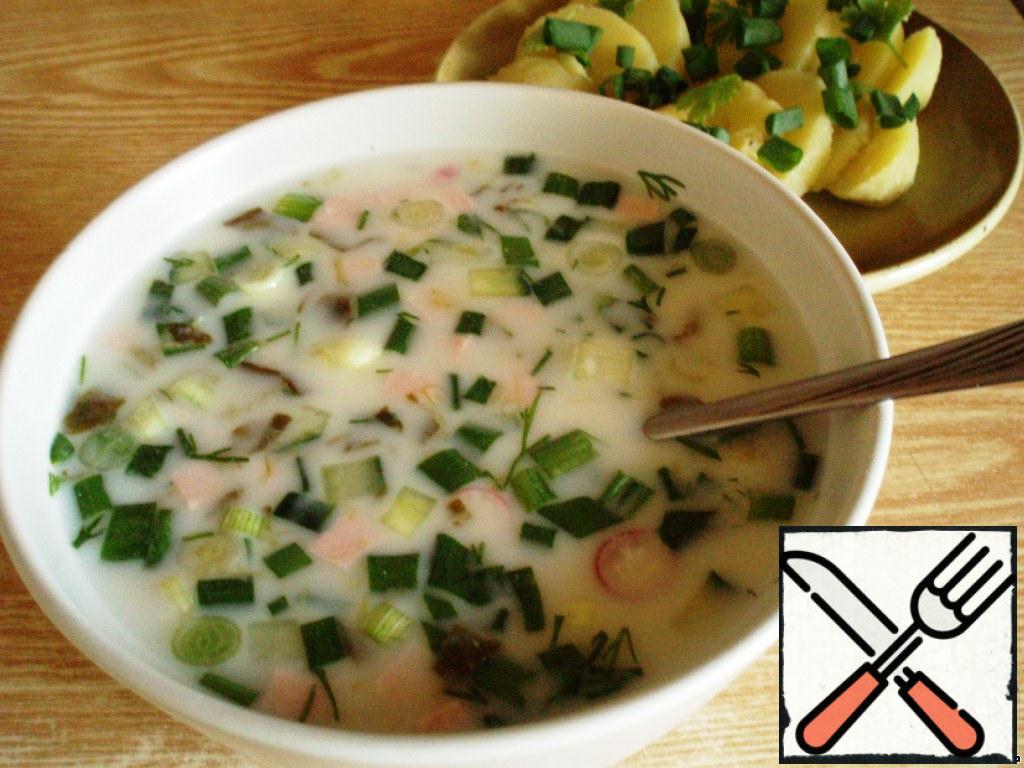 Okroshka with Sorrel on Yogurt Recipe

This okroshka well diversified our menu of cold soups. 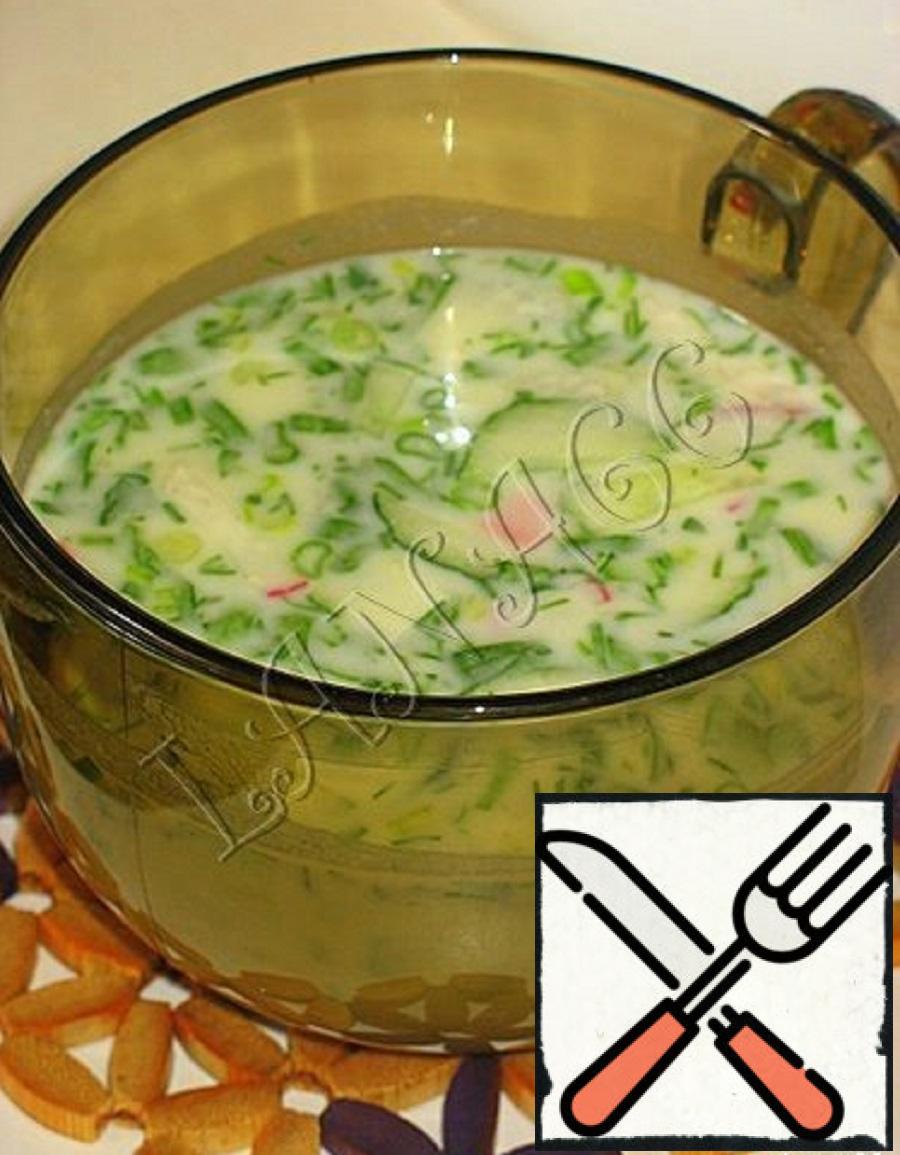 Prepared eat this soup on a hot summer afternoon. 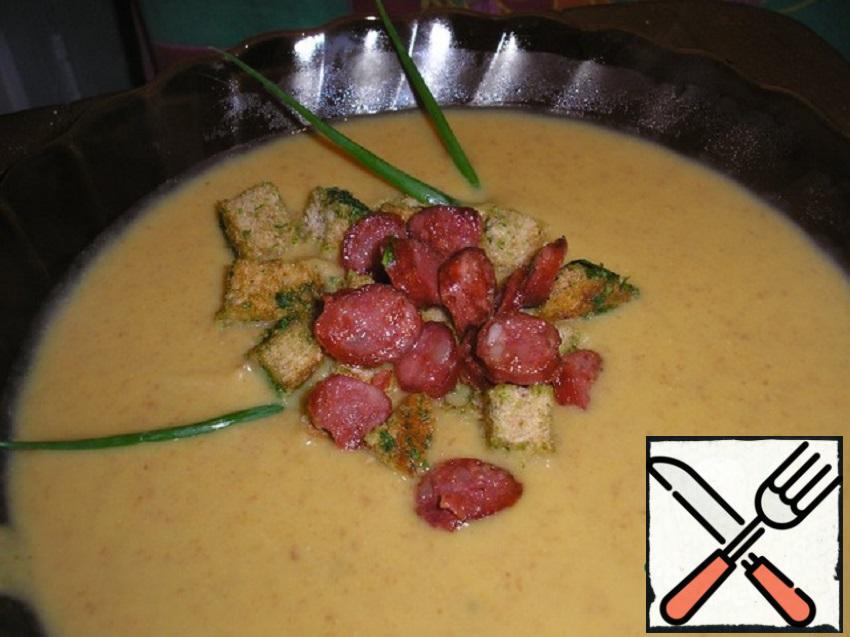 Soup – just velvety, this says it all.