Food Recipes Hub > Main Course > Ojahuri with Chicken Recipe
Print Recipe
Ojahuri with Chicken Recipe
The Caucasus is colorful and diverse. Traveling around the Caucasus, you can see picturesque mountain landscapes, monasteries and churches, walk along the old city streets with their own history and culture. And of course, you can not ignore the rich and diverse cuisine of the peoples of the Caucasus and of course visit the wine cellars. Ojakhuri is one of the many national dishes of Georgia. Hearty, flavorful and delicious. And in combination with homemade Georgian wine, it is an unforgettable gastronomic pleasure. 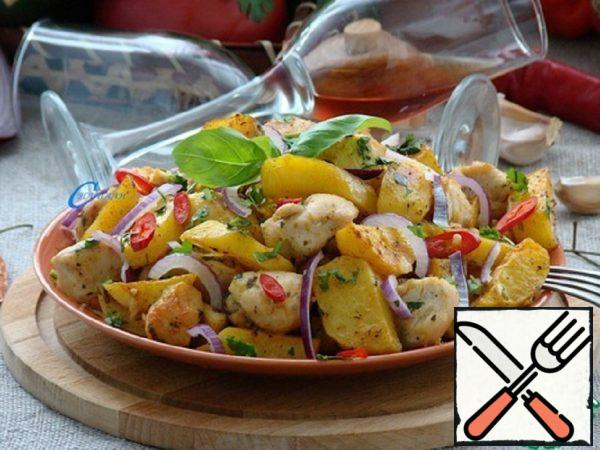