Food Recipes Hub > Baking > Mary Barry’s Devonshire Scones Recipe
Print Recipe
Mary Barry's Devonshire Scones Recipe
Why Devonshire? The name comes from the county of Devonshire, in the south-west of England. These places are famous for their beautiful landscapes, seaside resorts and traditional tea drinking. Tea is served here with skins, strawberry jam and melted thick cream. By the way, the British are divided into those who first spread jam on the scones, and then put cream on those who do exactly the opposite: first cream, then jam. And I found the recipe for these scones from the British culinary writer and TV presenter Mary Barry. 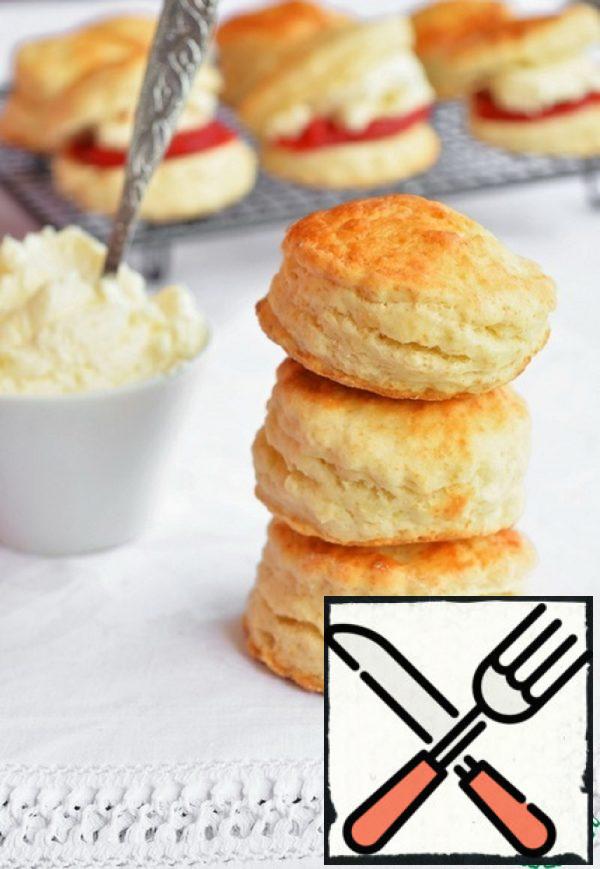